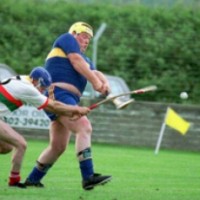 Big weekend ahead for our Junior hurling stars, the league kicks off with a double header in Cloughbawn on Saturday (the 17th, yes Paddy’s day !) at 3.30pm and 5.00pm. See the fixtures page on website for further details.

The Intermediates are out too, up in Ballyfad (for their annual trip) on Monday 19th at 2pm.

And to get you in the humour, here’s the famous “You know you are a Junior Hurler when…..” article