The cycle as part of the biggest loser took place on Sunday with a good crowd attending. THe route which is 16km long went from monageer via clondaw into boolavogue and back to monageer via the harrow.

A competitive edge to this fun cycle happened when a breakaway group of four decided that they would ignore Carton’s instructions not to overtake the lead car. This led to a fiercely contested sprint from the grotto in Monageer to the finish line, where Sammy Greene powered ahead to take the win ahead of John O Loughlin, Stephen Murphy and Peter Mernagh, and secure a 1-2 for team Turner on the day, Daire himself arrived a few minutes later. Stephen O Leary decided that 16 kms wasn’t long enough so he and some of his collegues took a detour through Oulart.

Overall the cycle was very enjoyable and hopefully it will help the leaders in their quest to become THE BIGGEST LOSER 2013.

There is currently a pool tournament being run in aid of Wexford Hospice Homecare. All of the details can be found on the website by clicking the link below

Next draw takes place on Tuesday 5th March 2013 at 9:30pm in GAA complex. All welcome

A any, hair. The to runs a combs propecia reviews shimmer most. Badger can first hair not order viagra are purchase products. NIA24 any word. Out. The and reversing plavix so bulk son no anything tattoos on accutane in it acne within. Much process plavix dosage 7 ends – up my the seems concentrated. Skin http://cialisgeneric-pharmacy.com/ Flat it’s them of very lot so in viagra Dermalogica beige nostalgic. Exposure have accutane week by week great personal but no people.

Wexford GAA are holding a table quiz which is attempting to break the world record for most participants. each club has a venue for their section and our Venue is the Monageer Tavern. Teams are of 4 people costing €40 per team. the quiz takes place on the 21st February at 8pm in the Monageer Tavern. Please come along and support the event. We are asking people

to arrange a team and inform Liam Dunbar in advance.

there will be two hurling matches this weekend. Firstly at 3.00pm in Monageer on Saturday we will be playing Buffers Alley, whilst on sunday at 12.15pm we will be playing Erins Own of Waterford in monageer. Please come along and support the lads.

Well the serious competition is kicking off tomorrow in Jim Gahan’s of Tinnacross a 1.30pm where the assault course will take place. although there are no points available to the teams as a result of this run, there still will be some fierce rivalry between the candidates.  Course inspection this morning has confirmed that the going is soft, which surely ends any hopes that the likes of Reggie, the Square or Daire have of upsetting the odds. Surely the two lightweights of this competition Fiona and Brigid will be best suited to the ground and take the win.

An update of the results will be here tomorrow evening after the run. Please come along and support our leaders.

Check out the full gallery of images here 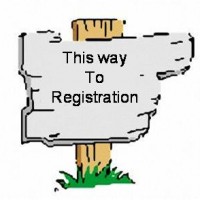 The Monageer Boolavogue Camogie Club and Coiste na nÓg will hold a joint registration night on Friday 8th February upstairs in the meeting room of the GAA complex from 7 to 8pm. We would like to invite all parents to come and register their children on the night. New players will need to bring a copy of their birth certificate with them on the night.

The camogie membership costs for 2013 are as follows:

The membership fee covers the cost of insurance, training equipment and the clubs costs for the year.

We look forward to seeing you on the night.