The Monageer Boolavogue U18 camogie semi final due to be played tomorrow Sat 26th Oct in St. Patrick’s park has been cancelled. The team will now be playing in the final. Details of the U18 final will be posted as soon as they are available.

The AGM of 2013 will take place in the Clubhouse at 8pm on Friday November 29th.

Nominations are sought for the following positions:

Officer for Irish Language and Culture 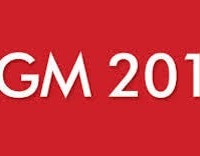 The Camogie club Annual General Meeting will take place on Friday the 6th of December at 8pm in the Clubhouse.

Nominations are invited for the following positions: (please note: All nominations are to be submitted to Emma Lupton before the commencement of the meeting. Any positions left unfilled will be referred to the first committee meeting.) 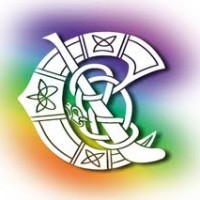 The Monageer Boolavogue U18 camogie team will be playing in their semi final on Saturday 26th October at 2pm in St. Patrick’s Park, Enniscorthy against Bannow Ballymitty.

The club offers best wishes to all the players. All support would be greatly appreciated on Saturday. 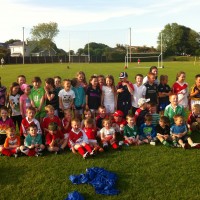 The Coiste na nOg AGM will take place on Thursday the 21st of November at 8pm in the Clubhouse.

(a) Adoption of Standing Orders.

(c) Consideration of the Annual Report submitted by the Secretary.

(e) Election of Officers and Members of the Coiste na nÓg Committee.

Nominations are invited for the following positions: (please note: All nominations are to be submitted to Peter Mernagh before the commencement of the meeting. Any positions left unfilled will be referred to the first committee meeting.)

The minor hurlers played in the division 5 county semi final on saturday in St Patricks Park at 11.30 against Duffry Rovers

On probably the wettest morning of the year the minor hurlers lost out to the Duffry by 2-11 to 0-04. After making a bad start the lads responded well with some decent hurling at times but amid torrential downpours our lads found it difficult to get the scores needed to claw back the Duffry’s commanding lead. The half time score was 1-09 to 0-04. The Duffry found it difiicult to score in the second half and we didnt score at all which mean the the Duffry ran out comfortable and deserving winners on the above scoreline.

The intermediate hurlers played the Division 3 league final on Sunday at 11.30am in Oylegate against Crossabeg-Ballymurn and lost out by 2-16 to 1-09

Playing with the wind in the first half our lads had a terrible start with Ballymurn taking a commanding lead but due to indiscipline by the Ballymurn backs, frees from Peter Mernagh and a well taken goal by Niall O Loughlin, along with points from Damien Fenlon and Shane Kehoe meant that we went in at half time only a point behind 1-09 to 1-08. In a similar fashion to the county final and other games this year we completely fell asunder in the second half scoring only one point, which was a free. and despite some determined defending by Stephen Murphy we were comprehensively beaten

The intermediate hurlers lost out in the county final by 5 points on Saturday to remain in Intermediate ‘a’ hurling for 2014. After making a decent start with a well worked goal finished by Bertie Gahan, along with points from Gahan, Peter Mernagh and Niall O Loughlin we went in at half time 1-03 to 0-07 behind despite playing against a strong wind. Strong in defence in particular were Graham O Reilly and Paddy Breen, with Bob Jacob excelling for the Shamrocks.

There was a confident mood at half time when we considered the wind that was behind us in the second half, but we never hurled well enough in the second period to make the necessary come back. We had some late chances with two shots saved onto the crossbar and another effort by Niall O Loughlin which went just over the bar, but although we had those chances our second half performance didn’t really strike of a team deserving to win the final with the final score being Shamrocks 0-15 to Monageer Boolavogue 1-07. All roads lead to next year now with 2013 definately being a step in the right direction and a good foundation on which to build on.

On the 5th of October 1980 Monageer Boolavogue defeated Glynn Barntown in the Intermediate Hurling final, to become a senior club for the first time. On the 33rd anniversary of this great win, the Intermediate ‘A’ hurlers face the Shamrocks in the county final for a place in Intermediate hurling 2014. Our manager this year Jimmy Gahan was a key player on that 1980 team.

The match takes place on Saturday at 5pm in Wexford Park. We have already played the Shamrocks this year and lost by two points. We have played the Shamrocks four times in the last four years in championship hurling with the current score being two wins each so todays match will see one team take the lead in this stat but more importantly will see the winners moving up a grade for next year.