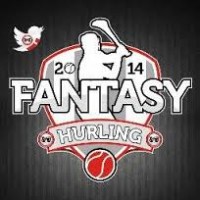 Its on everyone!!! The legends hurling match is actually going to happen !! Come along to our Harvest Ball this Saturday night to see some of the past Legends of our club and county,  battle it out for the winner of the Legends Final. Stiff competition for places especially for the goal.  Teams have just been announced by both team managers Andy Fenlon and John Fenlon. Teams are as follows

Game starts at 7:30pm and the bar will be open. Please come along and show your support and enjoy a great night at our Harvest Ball.