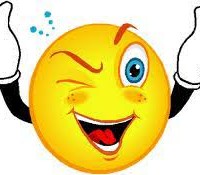 Huge congrats to our U14 Hurling team who are now into the county hurling final after beating Ger O Hanrahans after extra time yesterday morning in Taghmon.The score was even at half time after a good start for both teams , with the lads putting in some tough tackles and battling hard in the second half. While a timely goal by Jack Doran to force the match into extra time. M&B 2-6 V  1-9 Ger O Han

Extra time our lads showed their discipline and with 2 x10minute halves to decide the final.  Score was even at 1 point each in the first Half of extra time. 3 more points for our boys proved to much and they won a hard fought game.

This team are also in a county Football semi final soon, well done again to the whole team and the mentors  . 3 more matches to go — lets keep it going

We must again thank the support this morning, parents and club for coming out in numbers.

Final & Semi-final not fixed as yet but we will put up on website & facebook as soon as they are fixed.