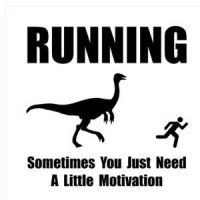 On Sunday at 2 pm the Biggest Loser Cycle started at the GAA Complex.  Over 80 cyclists took to the roads on their bikes – some took on the 16 km and more headed for the longer 50 km route. The first man home from the 50 km was Paul Bolger from the Killabeg Team followed by Peter Kirwan & Colm Kelly.  The women were led home by Catriona Nangle also from the Killabeg Team  followed by Mary Carton and Marie Cullen.  Shortly after these was Edward Kinsella who was the only child to do the 50km.

A hugh big Thank You to all who helped on the day, drivers, stewards and the ladies who provided the refreshments on the day.

Well done to all who took part in our 4@4 walk on Sunday the 12th February at 4 pm. It was a cold, wet and windy day and over 50 people took part. Well done to Liam Stafford, Aaron Swaine, Grainne Sweeney, Ronan Sweeney & Aishling Cunniffe who ran the entire 4 km. Refreshments and a chat were enjoyed by all in the Complex after the walk.

Our Biggest Loser Cycle will take place on Sunday the 19th February at 2pm.  The 2 cycles will start and finish at the GAA Complex.  There will be 2 options – a 16km or 50Km cycle.

The 16km cycle will start at the GAA Complex, head to Ballymotey Cross, then to Boolavogue, The Harrow, Tinnacross and return to the Complex.

The 50Km cycle will start at the GAA Complex, head to Tinnacross, The Harrow, Ferns taking a left back to Clone, going past Ferns Soccer pitch and out through Killabeg taking a left here again and heading for Solsborough where you head right for Enniscorthy, at Mr. Price you take a left and if you want to get in a 25 km cycle you can turn back any of the 3 roads for Monageer which will return you to the complex, if not continue to Oulart taking a left at the monument in Oulart and a left at the church which will bring you over Oulart hill, then head for Raheenduff and straight through here which will bring you back to Boolavogue and then the Harrow, Tinnacross and return to GAA Complex. 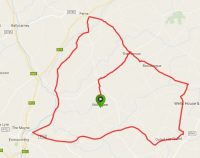 On Sunday 12th February at 4 pm we are having a 4 km walk.  This walk will start at the GAA Complex and Finish at the GAA Complex.  This walk is suitable for all abilities and we encourage people to bring their children for this walk.  Refreshments will be served in the complex after walk.

Our Biggest Loser Table Quiz takes place this Friday Night at 9 pm in the Monageer Tavern.  Your Support would be greatly appreciated.

On Sunday at 12.30 our first event for the Biggest Loser 2017 kicked off. First to head to the bog was the under 10’s – a total of 48 children took on the 2.8 km course. The first home was Ryan Walsh in 24 mins followed closely by Shane Codd in second place with Tadgh Dunne hot on their heels in third place with all the other children finishing the tough course.

We would like to thank Jim & Josie Gahan, Ted Nolan and Danny Murphy for the use of their land. Without their land this event could not take place. We would also like to thank the women who provided the refreshements, the stewards who were out on the course all day and anyone who helped in anyway to make this event such a great success. Also a big thank you to all who took part.